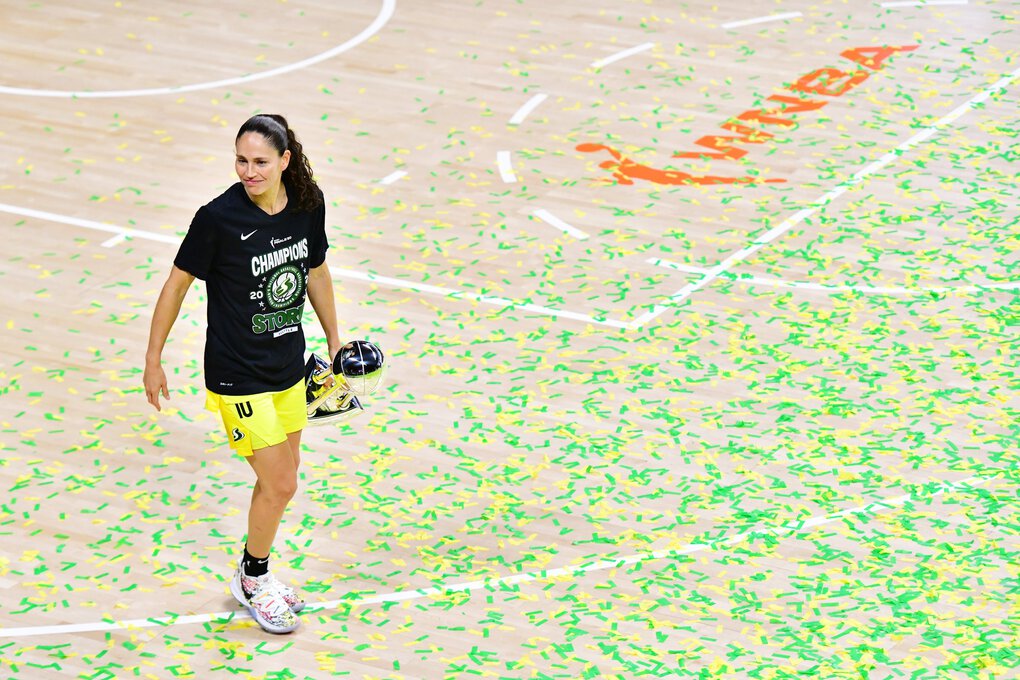 “This is crazy to be honest,” Bird said in a televised interview with ESPN’s Holly Rowe during the on-court trophy presentation. “I can’t believe I’m here right now.”

Bird isn’t prone to emotional displays publicly, but she nearly teared up when asked how she’s been able to play at a high level for nearly two decades.

“You have to buy in. This is something that started probably five years ago. Jenny (Boucek) was our coach. We’d just drafted Jewell (Loyd). We were rebuilding. We talked about this even in 2018. It’s hard. You got to buy in. It takes a lot and they know if they don’t do it, then I’m going to yell at them. So, there’s that.”